UPDATE: HACC Will Be Held Virtually 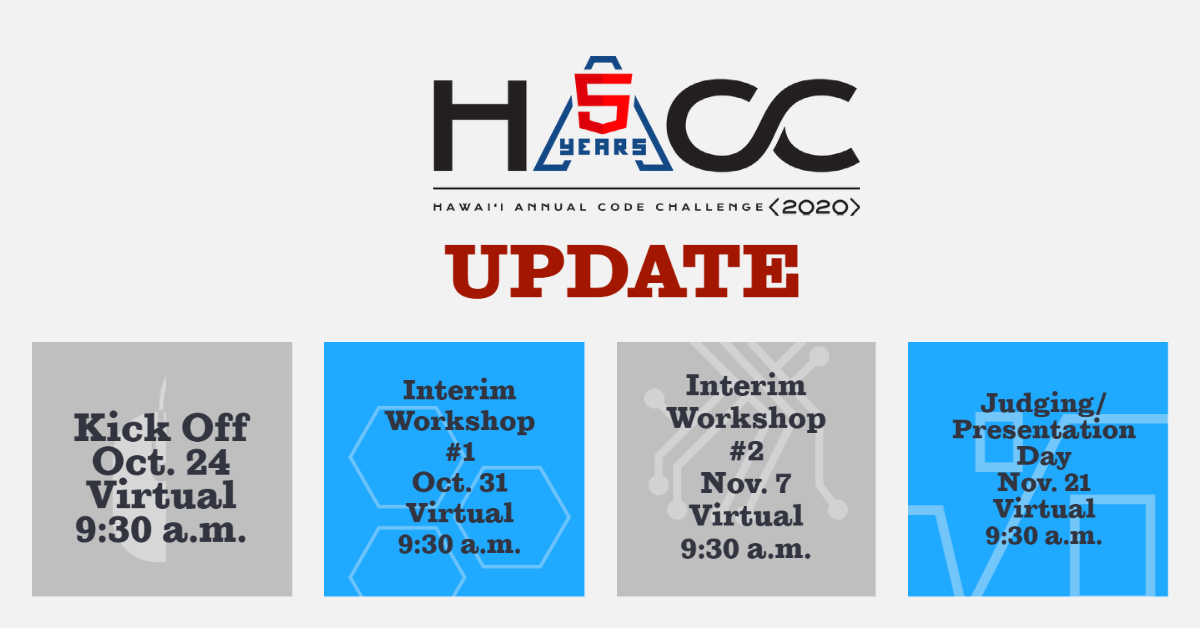 HONOLULU – The Hawaii Annual Code Challenge (HACC) will be held virtually this year to address ongoing concerns of a possible second wave of COVID-19 in the later parts of the year.  Traditionally, the HACC has been an in-person event, drawing nearly 200 to 300 participants.

Last year, 29 teams were formed after the kick off. After the technical review, 15 teams moved on to the presentation phase of the competition, which took place
at the Hawaii Pacific University, Aloha Tower Marketplace.

The HACC breaks the mold of a traditional hackathon, which typically takes place over a single day or weekend. The HACC provides an expanded multi-week timeframe meant to encourage interaction between community teams and state department personnel, ultimately resulting in sustainable solutions that are appropriately matched with technologies and platforms in use or being considered by the state. Beginning at the HACC Kickoff, community participants form teams and select from a list of challenges.

Gov. David Ige’s vision for the HACC when it began in 2015 included providing an opportunity for civic engagement with the local technology community in modernizing state functions and services for a more effective, efficient and open government.

The HACC is nationally recognized with the State IT Innovation of the Year award by StateScoop, the leading government IT media company in the nation’s capital.